Cogeneration or ‘combined heat and power’ (CHP) is an efficient way to simultaneously generate both electric power and useful thermal energy (for heating or cooling)—from a single fuel source.

In other words, rather than purchasing electricity from the grid and generating heat with an on-site furnace or boiler, a CHP generator delivers both of these energy outputs in one efficient step, by taking advantage of ‘waste heat’, which is inherent to the production of electricity, to produce both electricity and useful thermal energy at once.

CHP can be more efficient—up to 80% or more—and cost-effective than providing heat and electricity separately, which generally requires more fuel.

CHP facilities are most amenable to industrial users with heat or steam demands, such as refineries and process plants, with the majority of industrial CHP capacity found in the chemicals, petroleum refining, and pulp and paper industries. Food and primary metals industries make up most of the remaining CHP, though cogeneration applications can also be found in the commercial sector, for heating and air conditioning, such as at airports, universities and hospitals.

And propane fueled systems can be installed virtually anywhere - regardless of their vicinity to gas lines.   Easily liquefied under pressure, propane is filled into storage tanks and cylinders that can be readily transported as LPG (liquefied petroleum gas) to end user customers by truck and rail.

At volumes that are 270 times reduced from its natural state, LPG is efficiently stored in on-site storage tanks until it is needed, making it particularly ideal for remote locations, but readily available to all users.

Bulk tank storage provides an ideal solution for supporting high levels of LPG comsumption.  Above-ground storage tanks are available in an array of sizes up to 120,000 gallons and for larger installations and terminals multiple tanks can be linked together to serve any need.  Underground tanks are also available.

Call us today to speak with one of our LPG/Propane fueled co-generation/CHP specialists about your next project at:  1-888-206-4563

Are You Planning an LPG or SNG Powered Project?

We can help! Download our FREE brochure to learn more

Get an overview of all our solutions for: 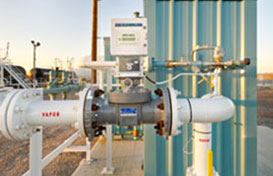 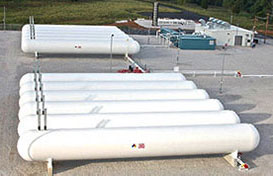 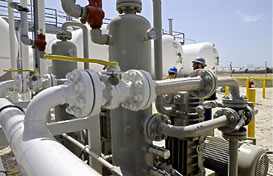 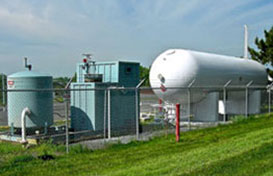 How Can We Help? 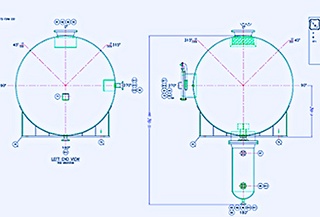 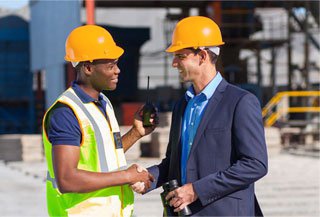 Learn About Our Financing Options 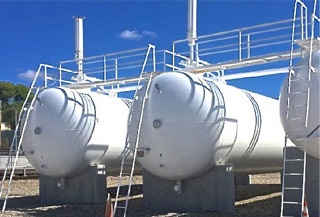